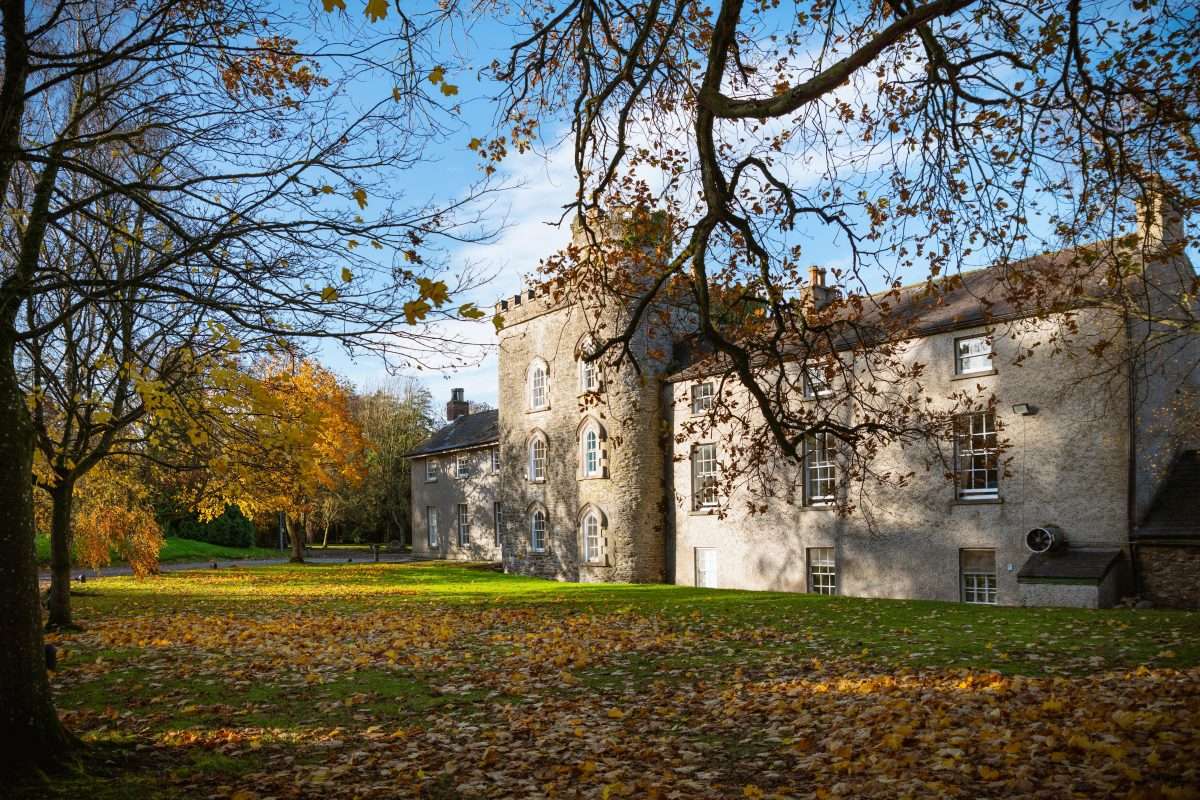 Located in Ardee, County Louth, 20km north-west of Drogheda, Smarmore Castle has its own place in Irish history, it also has a distinction of being continuously inhabited for eight centuries. According to official Irish records, in 1320, William Taaffe had his seat at Smarmore Castle. Smarmore Castle is a classical piece of architecture with the main castle-keep built in the start of 14th century, later in 1720 and 1760 two extensions were added to both sides of the main building.

And since then, the following generations of the Taaffe family have continued to live in this Irish castle until the mid-1980s, during the eighties the castle was sold to someone outside the Taaffe family.

It is also one of the most well-maintained castles in Ireland, even after so many centuries, it is still livable due to its good conditions.

The Taaffes have been one of the most influential and enthusiastic families in Ireland, for centuries different members of this family held important political positions in the country and outside Ireland. Eduard Franz Josef Taaffe even held the position of Prime Minister of Austria from 1881 to 1895.

Apart from Smarmore Castle, the family also owned many other castles in Ireland and other European countries.

Legend suggests that the whole Taaffe family moved from Wales (Britain) to Ireland around 1196, in Britain they lived in the area currently known as Taff Vale, during the twelfth century a river in Wales was also called the Taaffe.

The Legend Behind the Name

Interestingly, the name Smarmore also has a historical incident behind it, it is named after a European language epic known as Táin Bo Cuailgne (The Cattle Raid of Cooley). According to this epic, the area of Smarmore was the place where Cuchulainn arranged a bath of marrow for his gravely wounded warrior friend Cethern.

While Cuchulainn was defending Ulster at the fort of Ardee from a siege, Cethern was the first one who came to the aid of Cuchulainn and saved him from the enemies. After getting the news of the attack on his friend, Cethern rushed to the battlefield in such a hurry that he did not even waste time putting on his armour.

It is also said that he was not even properly armed, he attacked the enemies only using an iron spit. This unequal fight led to a disaster, very soon Cethern was overpowered by the attackers, gravely injured and left for dead on the battlefield.

Cuchulainn somehow managed to recover injured Cethern from the battlefield by sending his chariot and immediately arranged for the King’s chief physician to attend to his friend’s wounds. Given the nature of the injuries, even Fingin, the King’s physician had very low hopes for Cethern to survive.

To increase the healing process, Fingin tried a unique and interesting method of a Marrow Bath. They slaughtered a large number of cows and extracted their bone marrow to prepare a marrow bath for Cethern.

The injured warrior remained submerged in this marrow bath for the next three days and all his wounds were healed within this small time. According to the legend he also regained his full strength by this unique treatment method.

The word Smior means marrow and Umar means bath, it was this marrow bath from which this area received its name Smiramair, and its current appellation is known as Smarmore.

Smarmore Castle is a classical piece of architecture with the main castle-keep built in the start of 14th century, later in 1720 and 1760 two extensions were added to both sides of the main building.

Built using the local stones, the castle’s walls are around eight-foot-thick, the area that was initially used as stables was converted to a courtyard during the 18th century.

Sometime during the 15th century, some parts of the castle were also used as a Monastic school which was attended by students from different European countries. In 1959, slates inscribed in English and Latin languages were found on the Smarmore Castle site, the content of these slates included musical notations, writing practices of that time, medical prescriptions for humans and animals and many ecclesiastical notes.

These Smarmore slates are now exhibited at the National Museum of Ireland.

After it was bought by the Mullen Family in the 1980s, the whole castle and surrounding area of the 15-acre estate was refurbished according to modern-day needs. For 15 years the Mullen family ran this property as a six-bedroom luxury guesthouse surrounded by nature, the property also had an Italian restaurant to cater to the needs of its occupants.

The main building is three storeys high, including one in the turret, with a living area of around 1,829 square meters, it has eight bedrooms, four reception areas, and a kitchen. Each room of the castle has been given its own names; names such as The Knights, The Court, The Viscounts, The Earls, The Blue Room, The Taaffe Room tells the purpose and history about who resided in the different rooms during the past.

The Mullen family had also added a leisure centre, twenty-two-meter-long swimming pool and a gym to the property. In addition to this, they also constructed new pathways, walkways and paddocks around the fifteen-acre estate, many new trees were also planted all over the property.

A few years back, the Mullen family put the property for an auction and it was bought by the directors of Castle Craig Hospital in Scotland. After some modifications, at present, a 22-bed residential addiction treatment clinic is run at the premises of the Smarmore castle.