Ibuprofen and Alcohol, is it Safe?

Ibuprofen is one of the most widely used anti-inflammatory painkillers available. Its effectiveness in treating mild to moderate pain and fever makes it a go-to for many common ailments. Available without a prescription, it is strong enough to treat everything from fever and menstrual pain to arthritis and sports injuries. Given its widespread use, it can be easy to forget the risks associated with using ibuprofen, especially when used alongside alcohol. In fact, the potential dangers and long-term effects of mixing ibuprofen and alcohol can be serious. This article lays out the facts and answers some common questions.

Ibuprofen is a non-steroidal anti-inflammatory drug (NSAID) that reduces inflammation and the associated pain or fever. In the UK, it is sold as an over-the-counter medication in the form of tablets, capsules, liquids, cream/gel or spray. Although ibuprofen brings rapid relief for some symptoms, deeper issues can take longer to ease. Stronger formulations are available by prescription from medical practitioners.

Ibuprofen is used to treat a wide variety of ailments including, but not limited to:

Ibuprofen is often combined with other medications to tackle more specific symptoms, for instance, decongestant for colds and sinus problems.

How do NSAIDs work?

Although widely used, people with specific health issues should avoid taking ibuprofen or consult their pharmacist or doctor before using it.

You should not use ibuprofen if:

You should take special care and consult your pharmacist or doctor before taking ibuprofen if:

Interactions With Other Medications

Ibuprofen is known to cause issues when taken with certain medicines.  It may reduce their efficacy or worsen some side effects.

NSAIDs can react unpredictably with a wide range of medications, including some herbal and homoeopathic preparations, so always seek medical advice before taking ibuprofen with any other medicines.

Side Effects of Ibuprofen

Like most medications, ibuprofen can cause a variety of side effects. Most are mild to moderate, but some can be severe. Although the type and severity can depend on the individual, reactions tend to be unpredictable. For this reason, it’s a good idea to familiarise yourself with the possible effects. Always consult a medical practitioner if you have any concerns before, during or after taking ibuprofen.

Can Ibuprofen Be Mixed With Alcohol?

Many sources state that drinking moderate alcohol while taking ibuprofen is safe for most. However, alcohol and ibuprofen have their own potential mild to severe side effects. Taking them together can increase the risk of, and worsen, the effects. Several factors influence the potential for side effects, including individual physiology, existing health problems and other medications. Those who drink habitually, those who take ibuprofen regularly, and especially those who do both have an increased risk of intensified side effects.

Alcohol can cause various unwanted side effects on the body and the mind, both short-term and long-term. While drinking, alcohol increases blood pressure, increases your heart rate, irritates the stomach lining and has a diuretic effect (promotes water loss through urine). Regularly consuming alcohol increases the risk of chronic health issues. Binge drinking, in particular, causes harm by overloading the organs. Long-term, alcohol can cause irreversible liver and kidney damage, heart disease and cognitive dysfunction.

How Does Alcohol Interact With Ibuprofen?

As discussed earlier in this article, ibuprofen comes with a long list of potential side effects of varying severity. Combining it with alcohol can lead to additional issues and complications. This is mainly because the side effects of alcohol and ibuprofen mirror each other, intensifying the effects.

One of the most common side effects of ibuprofen alone is stomach irritation. As mentioned above, NSAIDs work by inhibiting the release of an enzyme which, in turn, reduces the production of prostaglandins responsible for initiating the inflammatory process.  Ironically, this same compound which causes inflammation also plays a role in protecting and repairing the stomach lining. The irritating effects of alcohol combined with the reduction in prostaglandin can compromise the integrity of the stomach lining.  While it’s likely that only mild irritation will occur, long-term use of ibuprofen or alcohol can increase the likelihood of severe issues such as ulcers and gastrointestinal bleeding.  Signs include a persistent upset stomach, black, tarry stools, or blood in your vomit.

It’s no secret that drinking alcohol has an almost instant effect on balance, alertness and reaction time. In some cases, ibuprofen can cause similar side effects, and the two combined may cause a more intense response.

Sadly, the long-term effects of mixing ibuprofen and alcohol tend to creep up over time, sometimes with little warning. For example:

Long-term effects of mixing alcohol with ibuprofen include:

Both ibuprofen and alcohol can cause drowsiness and fatigue, compounding the effects when taken in combination. Long-term use of alcohol and ibuprofen together can have profound knock-on effects on motivation, productivity, finances and relationships.

The damage caused by ibuprofen and alcohol individually and in combination can potentially become chronic depending on any continuing use or abuse. Damage to the stomach lining can affect the digestive process, cause discomfort and reduce the body’s ability to absorb nutrients. Ulcers and stomach bleeding can progress without treatment resulting in long-term issues or even death.

Not surprisingly, the filtering capabilities of the kidneys are put under a lot of stress when processing alcohol. In addition, inhibiting a particular enzyme (COX) can further compromise the kidneys’ efficiency.  Long-term stress on the kidneys, whether through alcohol, ibuprofen or both, can result in chronic kidney disease.

The liver breaks down all toxins entering the body.  Long-term heavy alcohol use can lead to alcoholic hepatitis (liver inflammation) and even Cirrhosis (permanent scarring).  NSAIDs taken long-term or combined with alcohol can also cause irreversible damage to the liver.  The liver has an extraordinary capacity to regenerate itself, but extensive damage is irreparable.

NSAIDs (apart from aspirin) carry a risk of heart attack and stroke, even with short-term use. However, the risk increases further for those who take NSAIDs over a long period. As mentioned previously, both alcohol and ibuprofen can cause a rise in blood pressure, increasing the chances of a cardiac event or stroke.

Does Age Make a Difference?

It’s worth remembering that as the body ages, its ability to process toxins deteriorates. The long-term effects of mixing ibuprofen with alcohol may be more severe.

How Long After Drinking Can I Take Ibuprofen?

How long alcohol stays in the system depends very much on the individual, the amount consumed and how efficiently it’s processed. It’s worth noting that habitual drinkers tend to process alcohol more efficiently. As a rule-of-thumb, it can take around 25 hours for the body to eliminate alcohol. However, it may be worth keeping in mind that some of the side effects of taking ibuprofen may be delayed or mild. If you notice any slight changes to your digestion, it may be worth putting off drinking alcohol until your body has had time to recover. 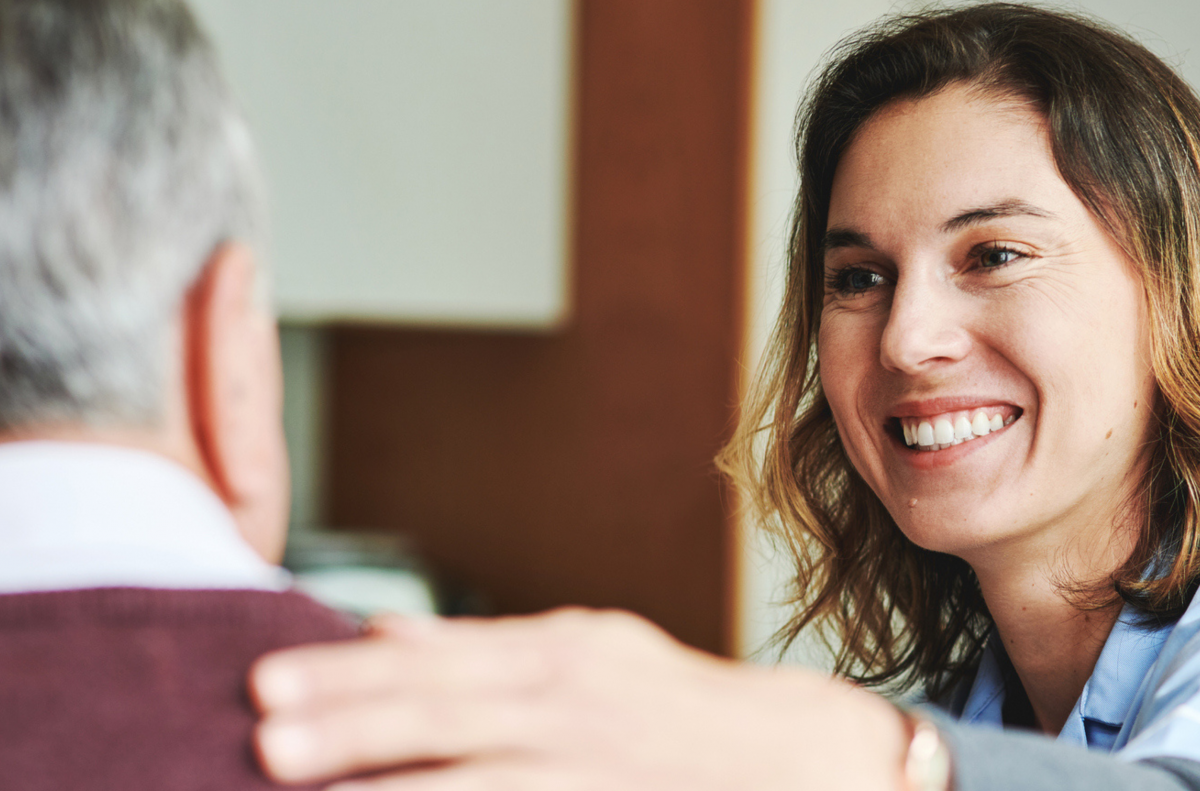 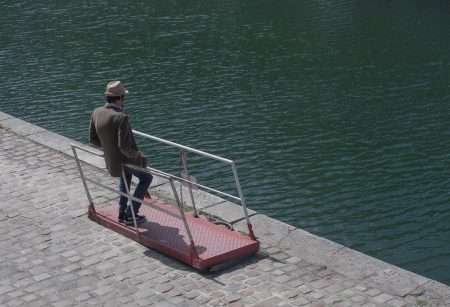 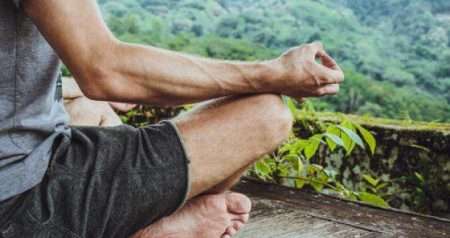 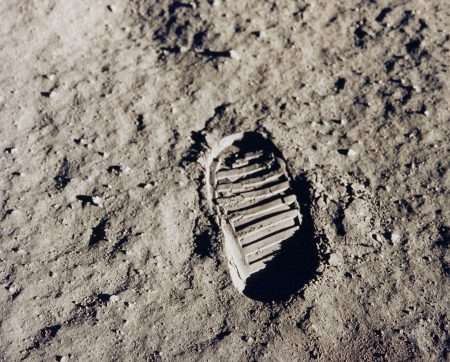